When maintaining your lawn, weeds and other unwanted plants may eventually begin to invade. Weed killer, of course, is made to stop the spread of weeds and other invasive plants which may be growing in your lawn. However, weed killer can be an unwanted expense, and may contain chemicals that aren’t particularly good to spray around other garden features such as vegetable and fruit gardens.

Sometimes, vinegar is recommended as an alternative to weed killer. This is because it does in fact kill weeds over a period of 24 hours, but should be used in moderation, as it can have some unwanted effects. There are, however, ways to negate some of these effects through adding other ingredients to the mixture.

Vinegar weed killer can be bought off the shelves or easily made from a mixture of ingredients found around the home. People often use it to kill weeds, but also report that it has similar success when killing lawn fungus.

Weed killers use a number of chemicals to strategically kill off weeds that are growing in your lawn. Whilst these chemicals are largely harmless, there are some which may cause concern, especially when sprayed near plants such as vegetable plants or fruits. Like everything, weed killer is usually fine in moderation, but some people will seek to use a more natural solution to the problem.

Vinegar has been the go-to solution for killing weeds for a very long time. It’s a method that is passed around amongst avid gardeners and those who are looking for quick solutions to their gardening woes. Vinegar is also readily available and most houses will have some stashed away somewhere, unlike weed killer. It may just be that vinegar is less of a hassle to use than weed killer.

Even though vinegar generally works to destroy weeds, it does have some drawbacks to its use. Similarly to dish soap, it can kill more than just weeds.

Vinegar weed killer has its fair share of advantages and disadvantages that you should be aware of before using it in your garden. Even though vinegar is a natural solution, it is considered highly acidic due to its composition. Whilst this acidity may do no harm to humans, it may prove to be a struggle for plant life to deal with.

It’s always important to wear protective equipment when handling weed killing solutions of any kind. Even if a blend is natural and contains natural ingredients, it can still cause irritation to the skin and eyes, and more permanent damage such as burns, blindness or tooth decay if in constant, prolonged contact with the solution.

Vinegar doesn’t discriminate between plants. As a result, the lawn to attack weeds will also likely lead to damaged grass as well, as the acidity will damage the waxes and natural oils that coat grass, and may lead to yellowing and death if overexposed to it. As a result, this method only works best if used as a spot treatment, and isn’t misted over the garden.

In addition to this, vinegar can easily damage soil and make it inhospitable. The pH levels of soil are essential for plant growth, and once that balance has been thrown off, it can be very hard for plants to sustain themselves in the soil. As vinegar is an acidic compound, it can very easily alter the pH levels of soil and could in turn make it harder for plants to grow in it.

Whilst you may want weeds to be unable to grow in your soil – it’s certainly not ideal to make your soil inhospitable to all plantlife.

Even though vinegar is effective at killing weeds above the surface, it doesn’t kill the roots along with the rest of the plant. This means that in order to completely rid your lawn of weeds, you will have to remove the roots as well, lest they simply regrow over time. There are things you can add to your mixture in an attempt to kill the roots as well and prevent weeds from regrowing, but nothing is guaranteed.

How to Kill Weeds With Vinegar

Killing weeds with vinegar is best done using a specific mixture of ingredients which dilute the potency of the vinegar, leaving it powerful enough to kill weeds but not as harsh as it once was. There are a number of DIY solutions for making this weed killer, but only some seem to do the job well.

One thing to remember when using this solution is to make sure that you use it as a spot treatment only. This is to minimize any damage that it may cause to healthy grass and plants which may surround the weeds that you’re killing. To make this spot treatment work better, be sure to also use this solution in a spray bottle as opposed to a mist bottle to ensure that the liquid is localized in one area once it is sprayed.

How to Make Vinegar Weed Killer

Mix the water and dishwashing soap together first to allow it to dilute and then add it to the rest of the ingredients to create the mixture. Ensure that you wear gloves during this process as vinegar can irritate the skin.

Once well mixed, make sure the solution is stored in a cool, dry place. Use a spray bottle to apply the liquid and make sure to only spot treat weeds using it. The best time to use this spray is on a dry afternoon, when it is unlikely that the solution will be washed away by rain or counteracted by dew on the weeds. This solution will kill any plants around the weeds as well, so be cautious when using it. This solution works most ideally in pavement cracks or areas where weeds grow but grass doesn’t.

This solution should only be applied to the leaves and stems of the plant, rather than the soil. Spraying vinegar and salt on the soil could result in the pH balance changing and the soil becoming inhospitable for future plants.

Vinegar weed killer can be successful if used as a spot treatment to remove weeds. Whilst people swear by this method, others haven’t seen the same level of success. If you’re considering using this method, it would be advisable to read both the pros and cons to help you make your decision.

Vinegar weed killer is just one type of weed killer in an ever- growing industry of solutions which claim to rid your garden of weeds. Each and every weed killer on the market is different and will be successful to varying degrees. Unfortunately, though, there are very few that are chemical free and effective. Whilst chemical weed killers pass rigorous testing to ensure that they’re safe to use in our gardens, they still may be unsuitable for gardens that grow vegetables or fruit due to their chemical composition. As mentioned previously, some people find some success using a diluted detergent solution, whilst others will choose to purchase their weed killer premixed from a store. 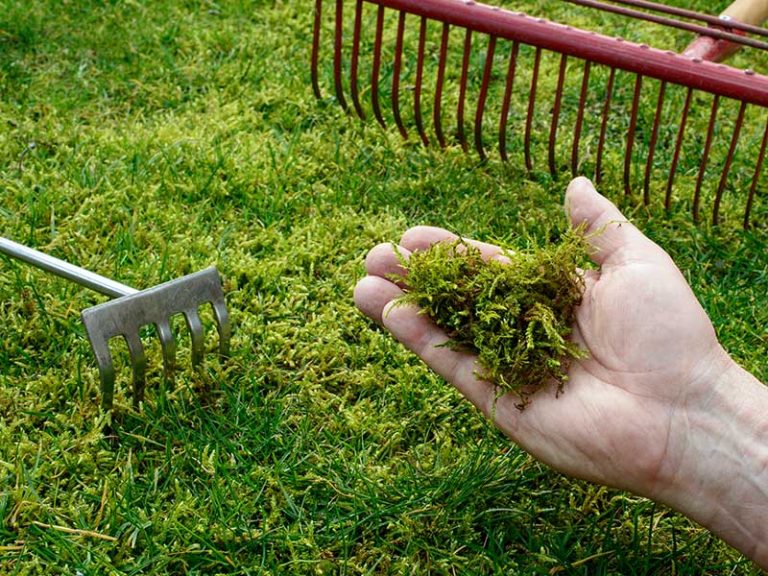 If you’ve got moss in your lawn, you’re likely to be pretty annoyed by it. While moss is good for the environment, many people do not want it in their lawns, and may be frustrated by its presence. However, getting moss out of your grass can be difficult to do, because it’s usually a result… 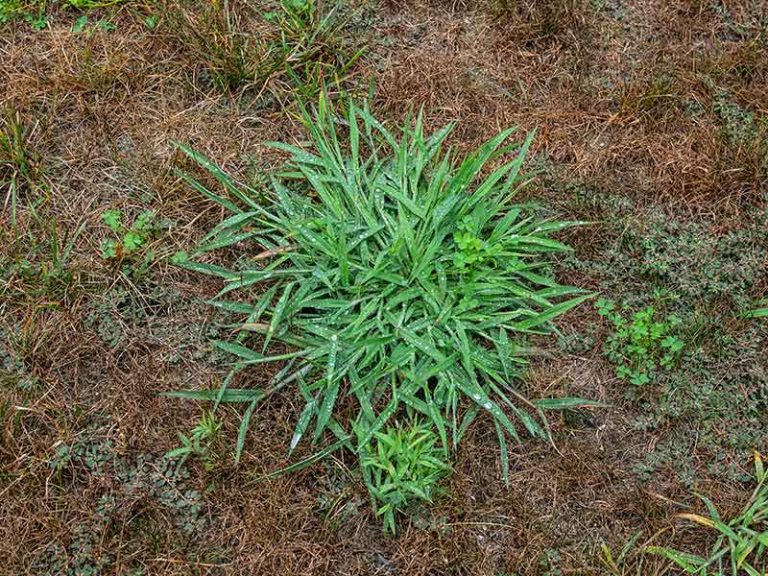 Are you frustrated because you’re seeing crabgrass popping up all over your lawn?  If so, then you need to learn how to get rid of crabgrass before this nasty weed starts to take over and lay seeds down that cause damage next year, too.  There are several methods you can use to get rid of… 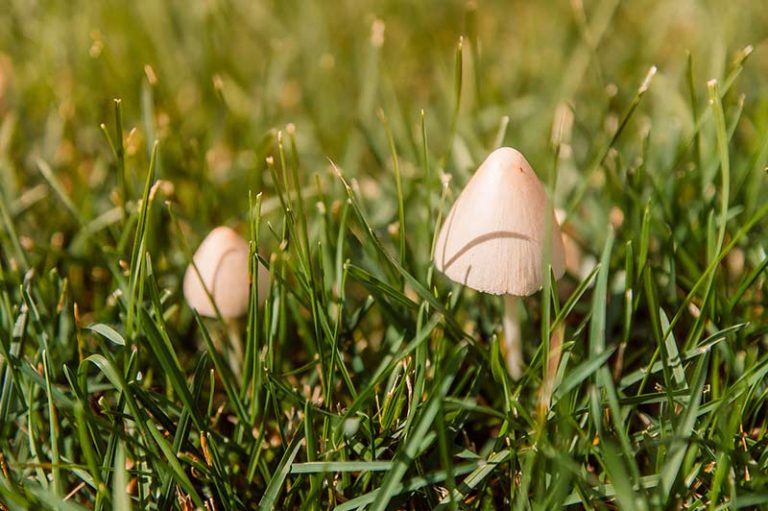 Have you ever wondered if those beautiful little mushrooms popping up on your lawn are poisonous? I know I have! So I decided to research lawn mushrooms to find out if they are indeed poisonous or not. I found a ton of information on lawn mushrooms and decided to share some of my findings. Approximately… 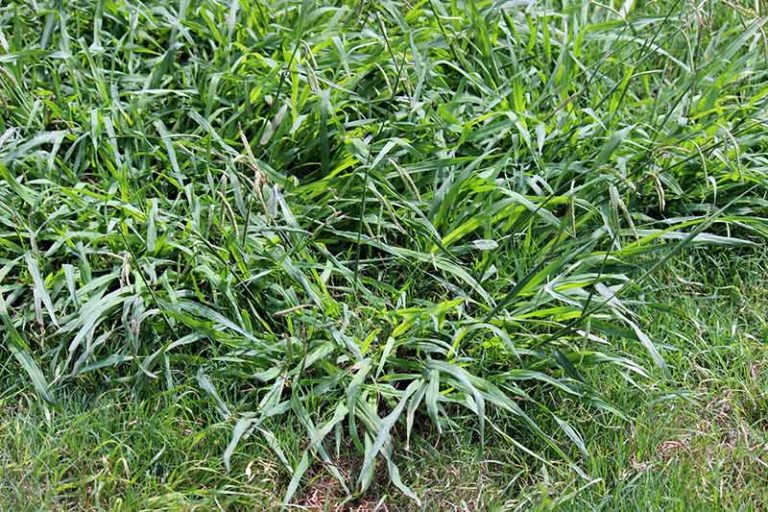 There’s no time like summertime when the barbie is on the go, and you sit outside marveling at your lush green lawn. But your lawn might not be so luscious after all as it might be invaded by a type of weed that looks a lot like grass. What weeds do look like grass? There…

Nutsedge, or nut grass, is one of the most common and most difficult-to-remove types of weed you can have in your yard. It looks very similar to grass, however, it will outgrow most turfgrasses, leaving you with an unsightly garden or uneven lawn. It has an extensive root system, and is able to spread through… 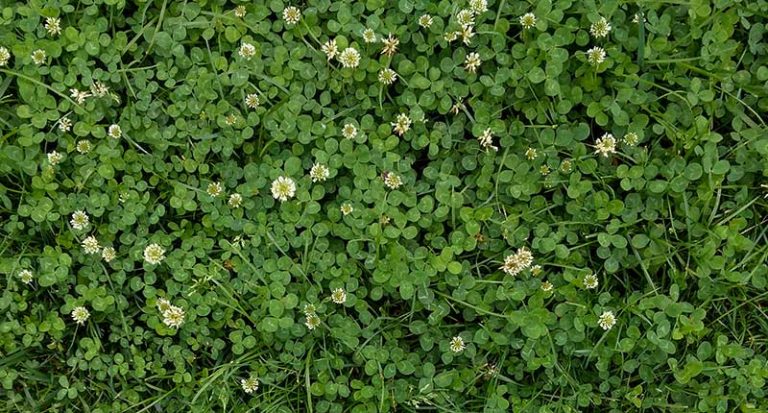 While it isn’t necessarily a harmful species, clover is a fast-spreading invasive weed that can spoil the aesthetics of a lawn and may outgrow grass under the right conditions. As it is able to produce its own nitrogen, clover will often take over in an under-nourished lawn that is particularly deprived of this essential nutrient. …