Ask almost any homeowner who has a yard, and they’ll tell you that there’s nothing better than having a healthy and beautiful lawn. Several methods are used to keep a lawn looking its best, and one of the most effective among them is to overseed it with grass seed. But where does grass seed actually come from?

Like all plants, grass produces seeds to reproduce. These seeds are tiny and can come in many different shapes depending on the type of grass which produced them. As grass grows tall, seed heads can begin to grow. They can eventually be harvested to be replanted in the future.

What Is Grass Seed?

Grass seed is exactly as the name suggests: it’s a bunch of seeds from which grass grows. Each seed is very tiny, probably only one or two centimeters in size. Depending on their exact species, you’ll find that their shapes can also differ from one another.

Many people might not be familiar with grass seed because they’ve never had a chance to see it themselves. You’ll see grass seeds when someone is growing a new lawn from scratch or when a lawn has been allowed to overgrow without being mowed for a long time.

In many cases, lawns are grown using a mixture of grass seeds from different species. Doing that allows the lawn to benefit from the unique strengths of each species and makes it more resilient against diseases and other natural threats or challenges.

Grass seed is very affordable, and you can get them from your local hardware or gardening store. As you’ll see later in this article, it’s also possible to grow and harvest your own if you’ve got the time and patience to do so.

Where Does Grass Seed Come From?

If you’re reading this article, you’re probably wondering where grass seed comes from in the first place. Well, there are two ways to answer that question.

First, we’ll talk about which part of the plan the grass seed is actually taken from. Then, we’ll explore the different grass seed species and which parts of the world they originate from. What you’ll see by the end of this section is that most well-developed lawns consist of species from all over the world!

What Part Of The Plant Does Grass Seed Come From?

Typically, most people will mow their lawn or cut their grass whenever it starts to get a little too long. If you want grass seed to grow and mature, though, you’ll need to grow your grass out until seed heads start to emerge. Those seed heads are known as inflorescences, and that’s the part where grass seed grows from.

With more time, the seed heads will appear, flower, and harden or ‘mature’. At that point, the individual grass seeds are ready to be harvested or spread out naturally.

What Countries Does Grass Seed Come From?

No matter where you are in the world today, you can get seeds for all sorts of different grass species. Still, it’s good to know that each of those species originates from a specific part of the world.

To demonstrate this point, let’s take a look at where some of the more popular grass species seeds come from.

Bermudagrass is probably one of the most well-known grass species out there. Part of that is how this is the preferred grass species used on golf courses worldwide.

Where did Bermudagrass seeds first come from? It’s said that Bermudagrass originated somewhere in Africa back in the 1700s.

From there, Bermudagrass seeds were said to be brought on ships to places like North America, where it’s much more common these days.

Originating in Europe, Kentucky Bluegrass earned its name from how the seeds were first transported to Kentucky in the United States. European settlers brought the seeds over a long time ago. Today, those seeds are available almost anywhere that sells grass seed.

Whether you’re talking about tall or fine fescues, these grass seeds have a very illustrious history. Since the 16th century, fescues were the grass seeds of choice in Scotland as golf course turf. It’s also been found in certain parts of Europe and Asia as well.

Undoubtedly, these and other seeds were transported worldwide when sailors and traders brought them along in their ships.

This is another type of grass seed that comes from various places around the world. Among them are the Gulf of Mexico and West Africa. In the U.S., this species first found its home in Florida in the late 1800s before its popularity spread far and wide.

Plus, they weren’t brought by traders or anything like that. Instead, American food scientists brought them over and now grow their seeds on a small handful of farms.

How Do You Grow Grass Seed?

As mentioned earlier, grass seed is grown by letting the grass grow out until inflorescences start to emerge. Still, growing grass seed isn’t that straightforward.

Besides letting the grass grow out, there must also be optimal heat. The best temperatures to grow grass seed are anywhere between 45 to 75 degrees Fahrenheit, and it requires plenty of watering.

For most people, their interest in grass seeds comes from their goal of having a lush and rich lawn. Besides understanding what grass seeds are, where they come from, and how to grow them, it’s also important to remember that the best lawns usually mix different types together.

Remember: very few lawns are homogenous, which means that they are rarely grown from just one type of grass seed. Instead, professional landscapers or DIY-ers alike mix their grass seed types based on the strengths they want for their lawn.

Some prefer a lawn that can withstand heavy foot traffic. Others might want a more fungus-resistant lawn. Whatever your priorities are, you can achieve it by focusing on the mixture of grass seeds you use to grow your lawn.

For those that live in the northern and transition states in the US, there are many cool-season grass types to choose from when trying to grow a healthy lawn. Two of the most popular cool-season grasses are Kentucky bluegrass and tall fescue; although they share some similarities, these grasses have different properties in their growth… 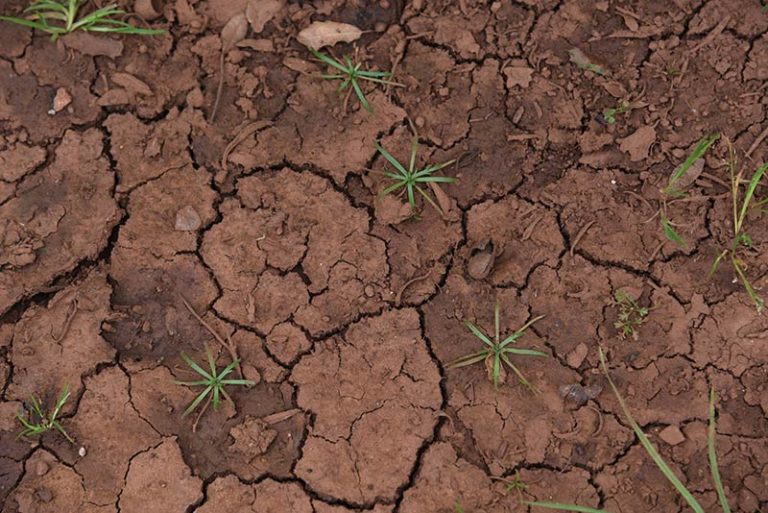 Clay soil is notoriously one of the most difficult soil types to work with, especially when it comes to growing grass. Although this soil type has good water and nutrient retention properties, it is highly prone to compaction and has other characteristics that make it more difficult to grow a thick, healthy lawn.  To improve…

Maybe you’re deciding what to do with a half-full bag of grass seed leftover from a seeding job, or you’ve dug out an old bag of seed from the back of the shed, only to find that it’s past its sell-by date. You may be wondering, does grass seed go bad? Is it okay to…

Pine-Sol is often regarded as a quick and easy means to kill weeds, mold and other unwanted plants in your garden. It can be used to mild to moderate success, but may see further damages if used often. Pine-Sol will kill grass if reapplied multiple times over time. Even though it can take many reapplications… 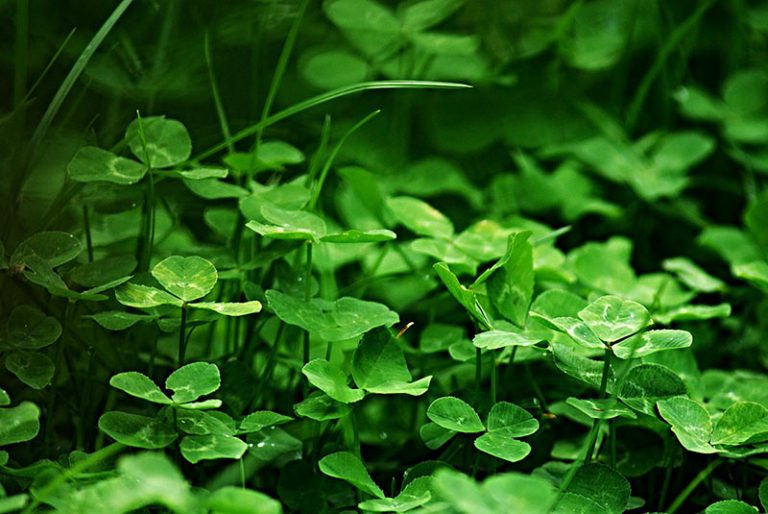 Although clover is often regarded as a weed, there are many reasons why you should grow it among the grass on your lawn. This robust plant can keep your lawn green all year round, acting as a natural form of weed control and fertilizing your lawn simultaneously. The process of planting clover on an existing…

When it comes to growing and maintaining a lawn, one of the few tasks which will keep reappearing is the need for more grass seed to be planted. Grass may become patchy and bare during harsh weather if maintained incorrectly or no more grass is planted.  One can sprinkle grass seed on a lawn without…